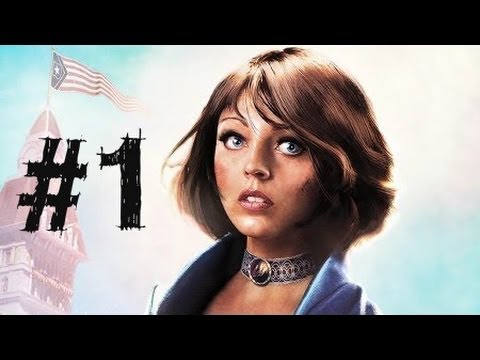 The game is set in 1912 and takes place in the airborne city of Columbia, where the player assumes the role of Booker DeWitt, a disgraced Pinkerton agent. Booker has been given the job of finding a woman named Elizabeth in Columbia, who has been confined by a hulking beast called Songbird. Following in the footsteps of previous BioShock games, the world of Infinite explores the chaos that results when strong ideals are taken to the extreme. At the time of DeWitt’s arrival, Columbia is a hotbed of ultra-nationalism, specifically American exceptionalism, as shown by the copious numbers of flags, patriotic music, and propaganda posters that boldfacedly spurn the idea that the Columbia could be a ‘haven’ from the so-called ‘unwanted’ of the world.

Bioshock Infinite features a range of environments that will force the player to adapt, with different weapons and strategies for each situation. Interior spaces will feature close combat with enemies, but unlike previous games set in Rapture, the setting of Infinite contains open spaces with emphasis on sniping and ranged combat against as many as fifteen enemies at once. Combat will also take place while the player is traveling at great speed along the Sky-Lines, a major transport system of Columbia.