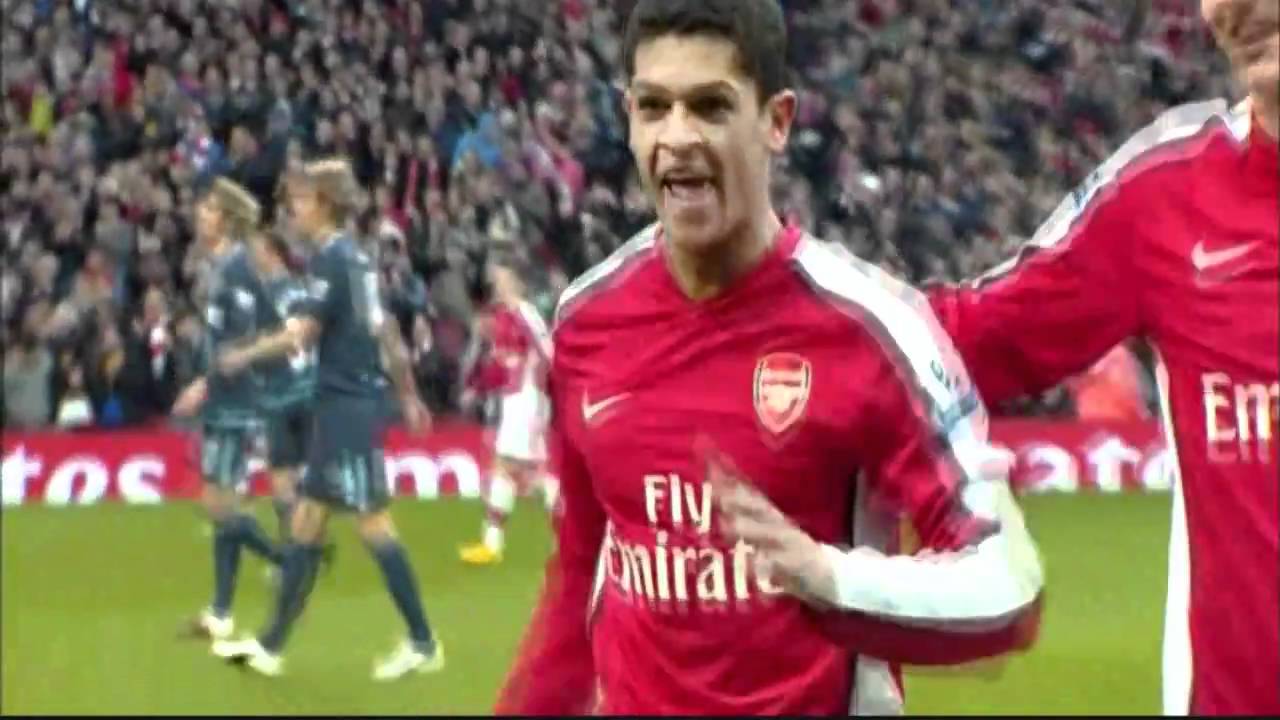 This is a short video I made showing Denilson Pereira Neves of Arsenal in action.

The Brazilian is one of those players people don’t seem to notice unless he’s on the score-sheet or is making mistakes, otherwise he genuinely has great stats from game to game. He is great at passing, very good at shooting and can tackle quite well! He isn’t the Defensive Midfielder you expect to see producing devastating tackles and barging the opposing players off the ball. Personally, I don’t think he is a Defensive Midfielder and is more like a Central Midfielder who attacks and defends. People also seem to forget that he’s only 22 years old because he’s been around for a long time, but Arsenal fans want success immediately so they won’t look at that anyway. Arsene Wenger once described the Brazilian as ‘A mix of Gilberto Silva and Tomas Rosicky’. On behalf of all Arsenal fans, lets hope he becomes that!